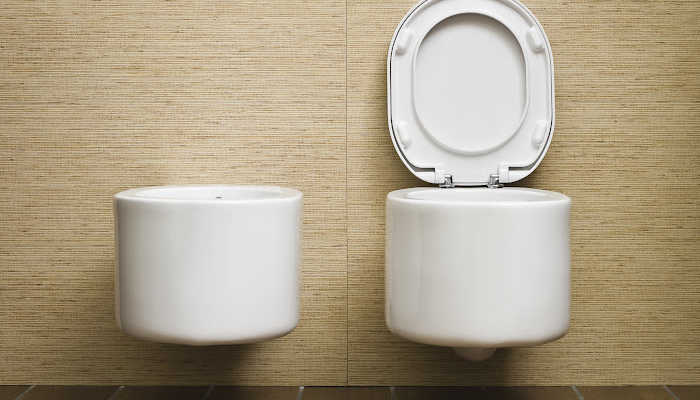 Bidets are a fixture in many bathrooms around the world.

However, those who are unfamiliar with bidets often have a lot of questions, especially around the issue of toilet paper.

Is it needed? Or can you ditch the toilet paper altogether?

Do you still need to wipe after you use a bidet? It depends on the type of bidet you have. A high-quality bidet with a dryer will clean and dry you, eliminating the need for wiping with toilet paper.

Does a Bidet Really Get You Clean?

One of the biggest concerns of those who aren’t used to bidets is whether a bidet actually gets you clean or not.

The fact is, a high-quality bidet gets you cleaner than simply wiping with toilet paper.

Think of it like this – if you were picking up after your dog and you accidentally got some dog poop on your hand, would you just wipe it off with a piece of paper?

Or would you use soap and water to thoroughly clean your hands?

The same goes for your behind.

While there’s nothing wrong with simply using toilet paper to wipe yourself clean, a gentle spray of clean water from a bidet nozzle will deliver a superior clean over toilet paper.

You may be thinking – we use our hands to eat and frequently touch our face and mouth, so that’s why we wouldn’t simply wipe them with paper.

And that’s one of the reasons why bidets don’t spray soapy water. It’s not necessary after using the toilet (showering at the end of the day takes care of that.)

Do Bidets Leave You Wet?

It depends on the type of bidet you have.

A high-end bidet like the Smart Bidet SB 1000 features a dryer function that blows warm air after spraying water, leaving you dry and eliminating the need for toilet paper.

Some bidets do not have a drying feature which means you will need to pat yourself dry after being sprayed clean.

However, it’s worth noting that bidets don’t spray so much water that you’re soaking wet and the water they do spray cleans you.

This means that you’ll only need a very small amount of toilet paper to pat yourself dry – much less than when you don’t use a bidet.

What Do You Wipe With After Using a Bidet?

What you choose to wipe with after using a bidet comes down to personal preference.

Most people tend to use a small amount of toilet paper as it’s convenient and what they’re used to.

However, some people like to keep some bidet towels (or small washcloths) near the toilet and pat themselves dry with one then throw it in the wash.

How Many Times Can You Use a Bidet Towel?

There is no single answer for this – much of it comes down to personal preference and your individual circumstances.

Of course, you should never share bidet towels with other people.

However, some people who live alone feel comfortable using a bidet towel a couple of times after urinating.

Simply use a small section of your bidet towel to dab yourself dry, and then fold that section in. Next time, use a different, dry, unfolded section.

For hygiene reasons, it’s best to throw your bidet towel in the wash after you’ve patted yourself dry after defecating.

Since you’ve come this far, I thought I’d round out all this information with some fun facts about bidets. Did you know that…

Bidets are very popular in many regions outside of the United States because they offer a superior clean to toilet paper.

If you have a high-quality bidet that has a dryer function, there is no need to use toilet paper.

However, if the bidet you’re using doesn’t have a drying function, you will need to pat yourself dry with either a piece of toilet paper or a bidet cloth.

Resources related to “Do You Still Need to Wipe After You Use a Bidet?”